The Belnet network: from 100 Gbps for 200 customers

The most recent Belnet network is since February 2016 accessible to universities, colleges, research centres and public services. Belnet has built a 1983 km fibre optic network in collaboration with the Walloon and Flemish governments and various commercial partners. This hybrid network combines a traditional IP network with an optical layer formed by the glass fibre base.

With the Belnet network, connections up to 100 Gbps are possible. In addition to the commercial internet, the Belnet network is also connected to the GÉANT European research network. This network connects education and research institutions around the world. Belnet also offers many services on its network.

The fibre optic network allows communication of data via light paths, direct connections between two points without intervention by routers. Its main assets are high capacity, quality and reliability. It is therefore able to transport gigantic data flows with no problem, which opens up new possibilities for science and education.

The Belnet network in one image 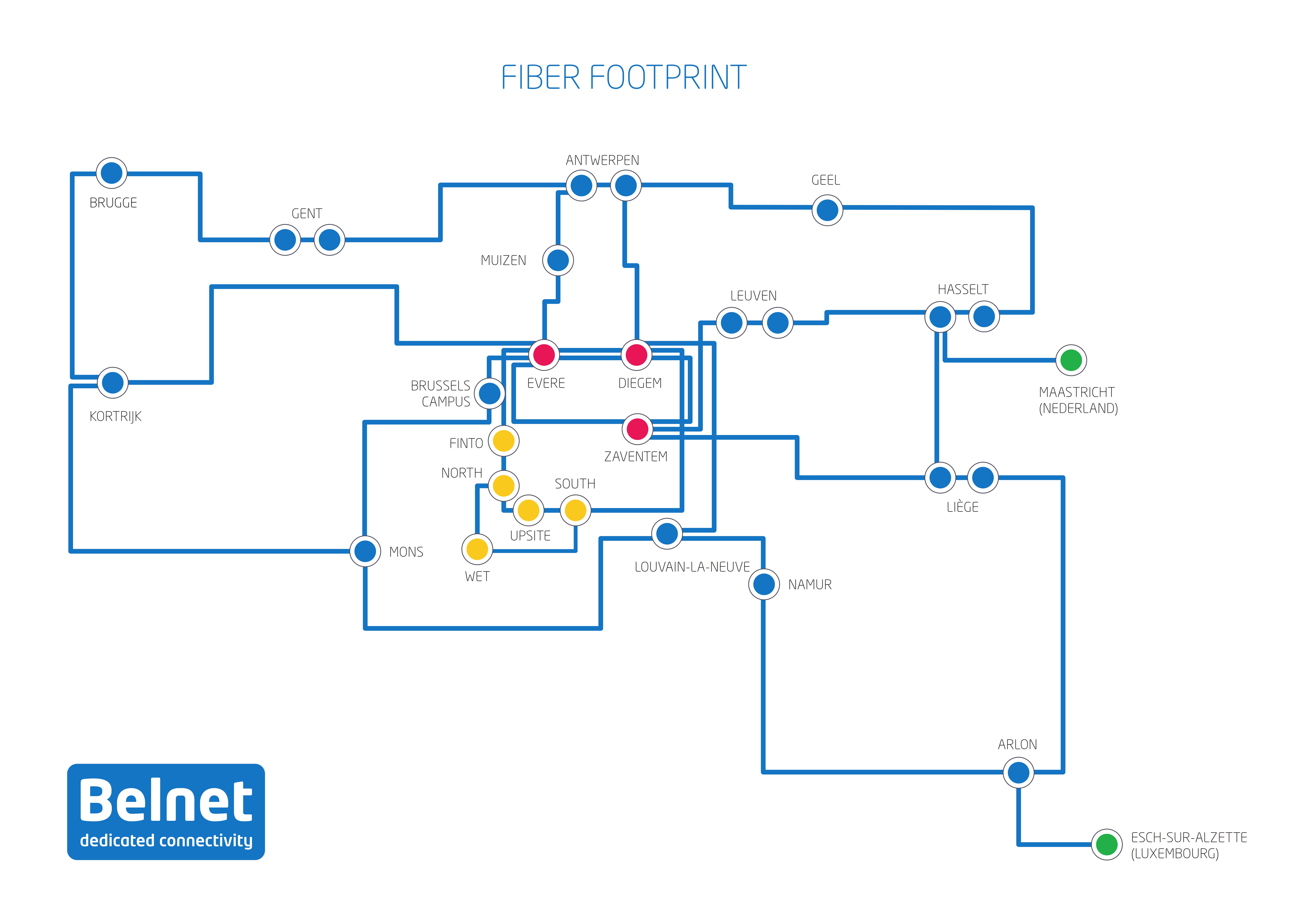 FedMAN: a crucial building block in the Belgian government's IT infrastructure

Belnet also manages FedMAN (Federal Metropolitan Area Network), the network that connects federal government agencies (FODs) to each other and to the Internet at high capacity.

FedMAN is completely integrated in the Belnet network. It is an essential part of the federal government's IT infrastructure and it plays an important role in the communication and service to Belgian citizens.

Besides the FedMAN services, Belnet also offers WAN services (Wide Area Network) to federal government departments. The FPS Finance relied on Belnet for the acquisition, development and exploitation of its Wide Area Network (WAN). Belnet connected the 193 regional offices of the FPS Finance with each other and its headquarters in Brussels.

Belnet: a network of hundred of thousands of users

We provide internet access and associated services to about 200 institutions. We estimate that this represents more than 800,000 end users.

Our services are directed to:

Only organisations belonging to the aforementioned categories can join the Belnet network.

You will find a technical description of the network on our support site.

To be part of our customers or to know more about our services, contact us!