Belnet is seeing an increase in internet usage at Belgian universities

Brussels, 27 June 2019 - Internet use at Belgian universities has risen again in the past academic year. Between September 2018 and June 2019, 50 petabytes of data have already been used, which is comparable to the continuous streaming of 14,125,356 games of the Red Devils in full HD. With the summer months and the third examination period coming up, the total consumption during the academic year 2018-2019 will exceed last year's record. This is shown by figures from Belnet, the national network for research and education.

This academic year's consumption peaked in May 2019, when Belgian universities consumed 5.76 petabytes of data. On average, they have an annual growth rate of 15 to 20 percent in their internet consumption. With 595,340 students, researchers and staff in higher education, the number of end users has also risen slightly (+ 0.6%) compared to last year. 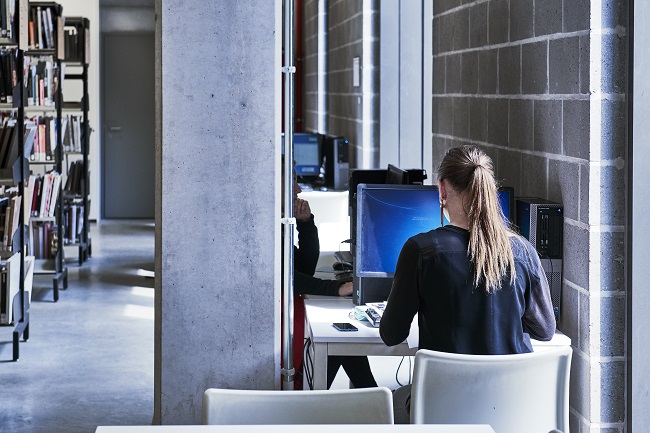 Didier Korthoudt, general manager of the IT department of the University of Liège (ULiège), sees clear reasons for the increase, which is also apparent at his university: "First of all, the number of devices connected to our network has increased significantly, currently averaging 1.8 devices per user out of a total of 30,000 daily users. In addition, factors such as our own podcast system 'Unicast', the increase in e-learning and supercomputing play a role in the increase. Finally, the network is also used significantly more for private purposes, with users increasingly consulting and sharing heavy multimedia files. All this led to a doubling of our data consumption between 2016 and 2018, a growth that poses numerous challenges for our IT department in terms of security and increasing capacity."

At the VUB (Vrije Universiteit Brussel), bandwidth consumption increased by about 30 percent last year. Xavier Van Moen, CIO of the VUB: "First and foremost, the number of enrolments at our university has increased rapidly in recent years. In addition, the investments in our fixed and wireless network have facilitated a more flexible way of working, studying and conducting research. The new opportunities offered by our infrastructure, in turn, reinforce the demand: a vicious circle that no one can predict where it will end."

As in other universities, the explosion of data volumes in the research world also plays a major role in the use of data. Xavier Van Moen: "For example, the VUB-ULB Interuniversity Institute for Higher Energy (IIHE) processes gigantic data sets generated by the ‘Large Hadron Collider’ at the CERN. However, the data explosion no longer only applies in classical domains, but increasingly in human sciences as well."

"Accelerating the digital transformation in Belgian higher education obviously requires continuous investment in the Belnet network," says Dirk Haex, technical director of Belnet. "This year, we have provided a budget of 2,500,000 euros for investments in our network infrastructure. In view of the increasing international cooperation in research projects, we are also strongly committed to expanding our capacity to the pan-European research network GÉANT. For example, we will upgrade our connections to GÉANT to 2 x 100 Gbit/s early next year."

Are you a journalist? Feel free to contact our spokespersons if you want more information.